Leading and Motivating across Cultures - are leaders ready to deliver?

A topnotch HR Survey reports that only 1/3 of leaders reported
being effective in leading across countries and cultures. Despite this
being one of two skills ranked by HR professionals as most critical for the future,
organizations are not focusing on it in current leadership development programmes. 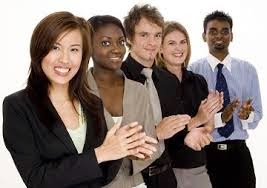 A serious situation given that those that invest in building leaders’ skills in
the critical areas and whose leaders are more effective as a result, are 3 times
more likely to rank in the top 20 percent for financial performance.

In order to lead, a person must be able to understand the basic motivation
of those being led – their willingness to exert effort towards a goal. Patterns
of motivation vary both between individuals and across cultures.


A case study (adapted from HBR)

Akito, a Japanese teacher with an outstanding track record of teaching
in a Japanese primary school, won a scholarship to study at a well-known
university in New York. This included the opportunity to teach part-time,
at a local high school, conducting conversational Japanese lessons with
a tenth-grade class of American students.

Being well educated in Japanese culture and fluent in English, he reasoned
that he would be able to get on the same wavelength as the American teenagers.
However on his first day of teaching, he had difficulty maintaining discipline
and getting their attention when communicating clearly structured class objectives.
Transferring his Japanese teaching experience to the American classroom,
he noticed that the teenagers seemed bored and unwilling to participate.
On the way out of class, he heard one student remark: “Boy, is he uptight!
He ought to chill out.”

The problem Akito faces is one of leadership. Leadership is the ability to
influence other people to strive willingly to reach common goals.
Akito as the teacher of the class, is also its leader. It is his job to get the class
interested in the common goal of learning Japanese and influence them to
“strive willingly” toward the goal. To do this, he needs to show them that
he cares about and understands them, that their success will also be his.

Why hasn’t he succeeded? It seems most likely that his style of leadership
was too Japanese to achieve a good fit with the culture and expectations
of his American students. Japanese have a higher level of power distance
than Americans and Japanese teachers very naturally exercise authority over
students. Japanese children are much more respectful of their teachers
and more willing to pay attention without questioning. American children
expect their teachers to earn respect through their actions. Akito might have
succeeded better with them had he been less formal and taken time to get to
know them before launching into his firmly-fixed class agenda.

Using a structured framework designed to support international teamwork step-by-step, I help managers to develop the mindfulness and adaptability skills needed to delegate tasks, taking into account the diverse characteristics of their followers. By varying their leadership styles accordingly, they will in the process acquire the cultural intelligence necessary to drive and motivate high-performing teams.

If you would like me to review how your team works, please feel free to
contact me. We will walk through some of the current challenges you may be facing in leading your international teams and I will try to give you my best tips and ideas.

Christina Kwok
www.cross-culturalsynergies.com
ckwok@bluewin.ch
Posted by Unknown at 8:51 AM No comments:

Getting dysfunctional teams back on track


In business just as in football, great teams know that their performance is not only the result of the individual talents of each team member but is also down to the team captain’s ability to harness the combined skills of the team and to motivate each and every player to capitalize on their strengths while managing their weaknesses. Brazil’s humiliating defeat in the 2014 World Cup Semi-final against Germany is a serious reminder of the havoc that dysfunctional teams can wreak.

Star attacker Neymar’s inspiration may have been lacking but what hurt even more was the absence of Thiago Silva their captain, without whom the team acted like a ship adrift without a compass with no sense of purpose or direction, mercilessly thrashed around by the wind and waves of unrelenting assault and precision from the German team who with their clear and persistent game plan simply took advantage of the Brazilians as their defense started to crack ...................... In the words of the BBC commentator, “Thiago is the glue that keeps everyone together..................”

How do your teams measure up when it comes to delivering on and exceeding customer expectations? Do you have the 'glue' it takes to get everyone pulling on the same rope? If you have a dysfunctional team, here’s what you need to think about to get your team back on track:
http://www.inc.com/matthew-swyers/7-reasons-good-teams-become-dysfunctional.html