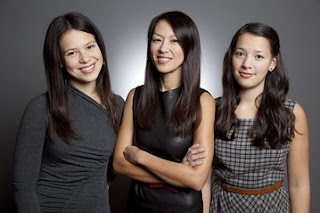 A few weeks back, I watched a programme on BBC Channel 4 titled, ’s tiger mums, which revealed that immigrant Chinese mothers in were practicing draconian and grueling child-rearing measures to ensure their children’s place under the sun, similar to that practiced by American-Chinese immigrant, Amy Chua, controversial author of The hymn of the tiger mother.

Tough discipline and extreme child-rearing practices have often been used to explain the reason why American kids are falling behind in school whilst Asian immigrant kids excel scholastically and are widening the gap in ’s ability to compete globally. Amy Chua's book unleashed an uproar around the world amongst Western mothers, who called her such names as nuts, Hannibel Lecter, erudite serial killer, accused her of abusive perfectionism and overpressuring her children.

My own take on this: the answer probably lies somewhere in the middle of this great big controversial divide. Perhaps Western-style parents should toughen up and worry less about hurting their children’s self-esteem and Asian-style parents should soften up and show more care about how they treat their children who come home from school with unsatisfactory report cards.

My own parents (2nd generation immigrants from ) understood﻿﻿﻿ the importance of hard work and discipline but they were not sufficiently educated themselves to enforce academic discipline upon me and my 7 other siblings. They left the task of monitoring our school work and exam studying to the older siblings, and I haven't turned out too badly, if I do say so myself. On the other hand, various of my classmates from more privileged backgrounds did receive ample doses of training and monitoring in their academic life from their parents as well as disciplined musical instruction and practice from professional teachers. One of these classmates is today a well-adjusted wife/mother and head of dentistry at an Ivy League school so yes, the results of tiger parenting are there to behold.

http://blogs.wsj.com/ideas-market/2011/01/18/the-tiger-cub-roars/- daughter of Amy Chua responds to readers’ questions about life in the tiger’s den.

Video: comments made by The Colbert Report, an American satirical television programme.
hymn of the tiger mum:
Article in Wall Street Journal
A lot of people wonder how Chinese parents raise such stereotypically successful kids. They wonder what these parents do to produce so many math whizzes and music prodigies, what it's like inside the family, and whether they could do it too. Well, I can tell them, because I've done it. Here are some things my daughters, Sophia and Louisa, were never allowed to do:
• attend a sleepover
• have a playdate
• be in a school play
• complain about not being in a school play
• watch TV or play computer games
• choose their own extracurricular activities

Of all the responses to Amy Chua’s essay on Why Chinese Mothers Are Superior, perhaps first and foremost you’d like to hear from one of her daughters. Well, Sophia, the older daughter, wrote a letter to her mom in the New York Post:

Tiger Mom,
You’ve been criticized a lot since you published your memoir, “Battle Hymn of the Tiger Mother.” One problem is that some people don’t get your humor. They think you’re serious about all this, and they assume Lulu and I are oppressed by our evil mother. That is so not true. Every other Thursday, you take off our chains and let us play math games in the basement.

But for real, it’s not their fault. No outsider can know what our family is really like. They don’t hear us cracking up over each other’s jokes. They don’t see us eating our hamburgers with fried rice. They don’t know how much fun we have when the six of us — dogs included — squeeze into one bed and argue about what movies to download from Netflix.

I admit it: Having you as a mother was no tea party. There were some play dates I wish I’d gone to and some piano camps I wish I’d skipped. But now that I’m 18 and about to leave the tiger den, I’m glad you and Daddy raised me the way you did. Here’s why.

A lot of people have accused you of producing robot kids who can’t think for themselves. Well, that’s funny, because I think those people are . . . oh well, it doesn’t matter. At any rate, I was thinking about this, and I came to the opposite conclusion: I think your strict parenting forced me to be more independent. Early on, I decided to be an easy child to raise. Maybe I got it from Daddy — he taught me not to care what people think and to make my own choices — but I also decided to be who I want to be. I didn’t rebel, but I didn’t suffer all the slings and arrows of a Tiger Mom, either. I pretty much do my own thing these days — like building greenhouses downtown, blasting Daft Punk in the car with Lulu and forcing my boyfriend to watch “Lord of the Rings” with me over and over — as long as I get my piano done first.

Are you a universalist or a particularist? 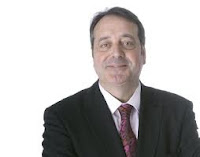 Are you a universalist or a particularist?

Consider for a moment this dilemma: You are a passenger in a car driven by a close friend, and your friend's car hits a pedestrian. You know that your friend was going at least thirty-five
miles an hour in an area where the maximum speed was twenty miles an hour. There are no witnesses.

Your friend's lawyer says that if you testify under oath that the speed was only twenty miles an hour, then you would save your friend from any serious consequences. What would you do? Would you lie to
protect your friend? What right does your friend have to expect
your help? On the other hand what are your obligations to
society to uphold the law?

This is the sort of question that Fons Trompenaars and Charles
Hampden Turner asked 15,000 managers in 28 countries around
the world. They were interested in exploring the cultural
difference between what they called universalist societies and
particularist societies. Universalist societies follow the rules and
assume that the standards they hold dear are the correct ones.
They try to get everyone to conform to them. That way, they
believe, society works better. Particularist societies, on the other
hand, believe that particular circumstances are more important
than general rules and that your response depends on the
circumstances and on the particular people involved.

Going back to the car and the pedestrian, Trompenaars and
Hampden Turner discovered that North Americans and North
Europeans were almost totally universalist in their responses.
They would put the law first. Only 70 per cent of the French and
the Japanese would do so, however, while, in , two
thirds would lie to save their friend.

Does this matter for managers? Listen on  to find out more.
Episode 13: Fons Trompenaars and Charles Hampden Turner
Or read the transcript here:
http://downloads.bbc.co.uk/worldservice/learningenglish/handy/trompenaarsturner.pdf

Visit my website: http://www.cross-culturalsynergies.com/
Posted by Unknown at 6:52 AM No comments:

Ushering in the Year of the Dragon 2010

Chinese New Year is the longest and most important celebration in the Chinese calendar, and falls this year on January 23, 2012.

New Year festivities traditionally start on the first day of the month and continue until the fifteenth, when the moon is brightest. In , people may take weeks of holiday from work to prepare for and celebrate the New Year.

Immigrant Chinese communities throughout (Thailand, Indonesia, Philippines, Singapore, Malaysia, Korea, Vietnam, Cambodia, Laos) also take part in this celebration. Being 30% Chinese in population, Malaysia is no exception and Malaysian Chinese also embrace this as the most important festival in the whole year. Many throw an 'open house' on the 3rd or 4th day to receive friends and colleagues from the other 2 races, Malays and Indians.

Legend has it that in ancient times, Buddha asked all the animals to meet him on Chinese New Year. Twelve came, and Buddha named a year after each one. Actually one of these creatures is mythical, the dragon. He announced that the people born in each animal's year would have some of that animal's personality. Those born in dragon years are innovative, brave, and passionate. Examples include Salvador Dali and John Lennon.

Chinese New Year celebrations are a time of family reunion and  people wear red clothes, decorate with poems on red paper, and give children "lucky money" in red envelopes. Red symbolizes fire, which according to legend can drive away bad luck. The fireworks that shower the festivities are rooted in a similar ancient custom. Long ago, people in lit bamboo stalks, believing that the crackling flames would frighten evil spirits.

The lantern festival is held on the fifteenth day of the first lunar month. Some of the lanterns may be works of art, painted with birds, animals, flowers, zodiac signs, and scenes from legend and history. People hang glowing lanterns in temples, and carry lanterns to an evening parade under the light of the full moon. As a child, I remember trotting around the neighbourhood with other children, eating New Year candy and carrying a lantern to light up the streets as dusk fell.

Another important custom is the performance of the dragon dance. The dragon—which might stretch a hundred feet long—is typically made of silk, paper, and bamboo. Traditionally the dragon is held aloft by young men who dance as they guide the colorful beast through the streets. Many Chinese families hire these dance companies who are traditional martial arts or kung fu experts to come dance in front of their homes, believing that it chases away evil spirits and paves the way for good luck and prosperity for the New Year.

Posted by Unknown at 2:20 PM No comments: